Stellar Mods highly recommends you to download the Zaxwillowz256 HD batpack, the primary reason being more than 50% of our patches use ZaxWillowz 256 Ultimate HD Batpack by Akshay Anand. One of our most popular patches ever, “A Unit Studios Cricket 12” uses the Zax 256 HD Batpack, so it’s pretty much a necessity if you want to play that. 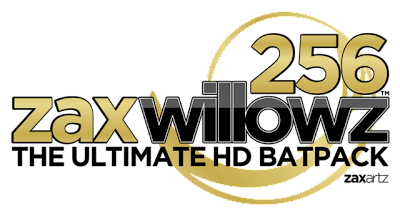 The BatPack is completely made by it’s owner, Zaxotes (Akshay Anand). We are sharing it with our users after his permission, of course.

Here’s what the creator, Akshay Anand said after it’s re-release:

“Here comes the the re-release of the HD 256 batpack by me from a new source. As mentioned in re-release of 150BP, Mediafire miscategorized and deleted this file from my account, I had to reupload it for the use of people. This also served as a heart for so most patches developed on PlanetCricket and it had to be reuploaded though being an old release. Nothing is newly added in this release, the same ones found in earlier releases. Also, you need to download BugFix for resolving some errors (If you downloaded earlier re-release, it already contained the fix). Click below to download. No passwords needed, when you are redirected to Google Drive page, Click File>Download. Other details, instructions given in earlier releases. Find them in release log below.”

To install the batpack, simply follow the installer steps and extract the files on the EA Sports Cricket07 root folder (the location where you installed your game).

If you have any queries, troubles or suggestions regarding the batpack you can drop a comment below.